Salvage In The Desert
I don't want to make any car guys sad with this post, though this first photo looks as if the '53 Chevy died of dehydration in the desert like a run down horse in a spaghetti western. (The quarter that wasn't eating by buzzards!) If you're familiar with the legendary "dry heat" of Arizona and likely want to strangle the next person who utters the obvious in a phrase, you know that it's a lack of hydration that is keeping this car alive. Chrome still shines out in the Casa Grande desert and classic sheet metal is still holding up better than anywhere else in the country. (Okay, that's a guess based on the phrase "But it's a dry heat" ..hands gripping throat now.) To their credit and financial success, Desert Valley Auto Parts (DVAP) is saving these classics from the scrap heap, with some restoration sales, but mostly selling classic parts to local car enthusiasts, out of state guys and they even ship parts to Europe.
I had met Jason McClure, who co-runs the business with his dad, Ron, at a Good Guys show back in 2010. He urged me to visit one of their two sites and photograph the amazing collection of cars.
I chose the Casa Grande site which contains 1950's and earlier models. Here's a few images... 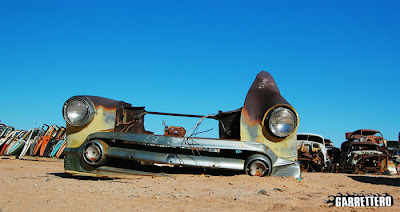 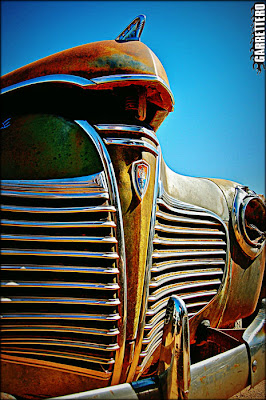 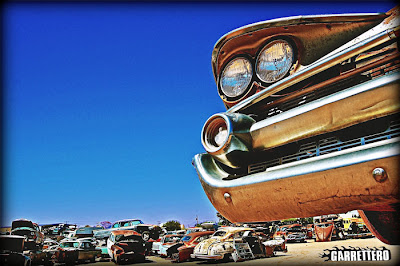 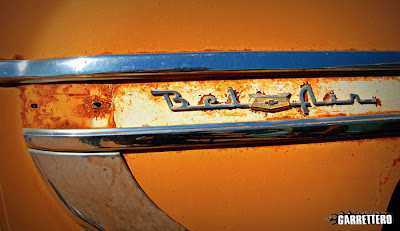 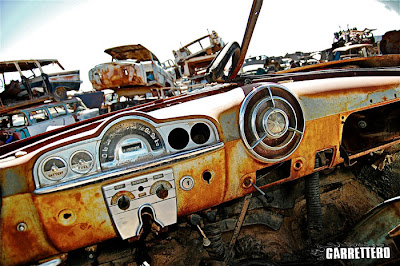 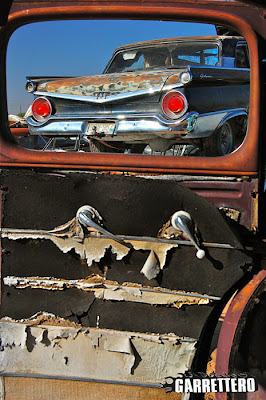 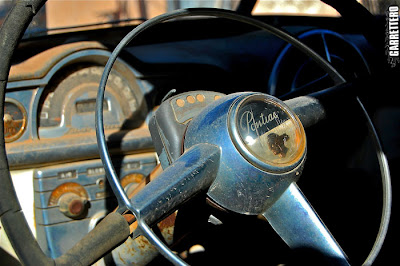 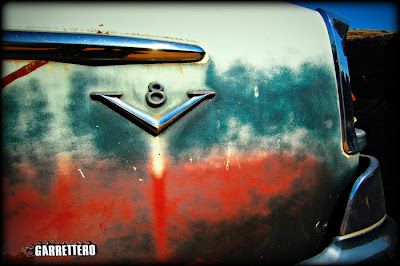 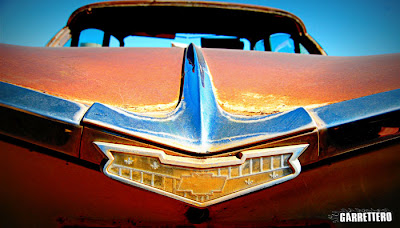