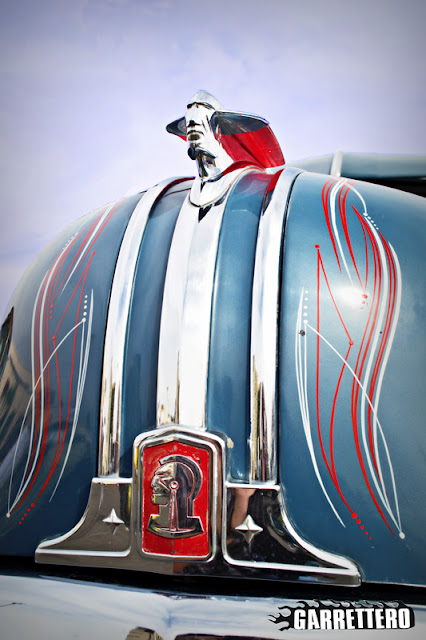 Posted by Bill Garrett at Tuesday, July 23, 2013 No comments: Links to this post

A Sultan & A Merciful 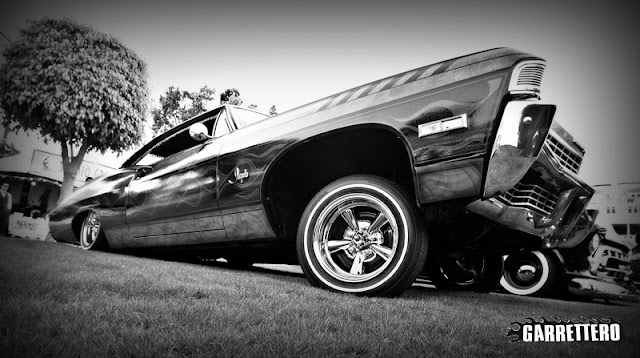 The "Panty Dropper"...Los Troublemakers C.C.
Posted by Bill Garrett at Friday, July 19, 2013 No comments: Links to this post

Well it's been 5 months since my last post and it's good to be back to my photo blog! I missed posting and I'm glad you're back. As you will see here, my disappearance from this labor of love was not because I dropped out of the car kulture scene, or lacked content. There are three major shows represented here and a few smaller ones, along with shoots for a major project I'm working on.

Starting things off here at Viva Las Vegas 16, with the beautiful Nico Jones. Nico was on the cover/featured in Deadbeat Magazine, March- Issue #25 ---- the same issue my Mooneyes Xmas party photos were published. If you've never picked up a copy of Deadbeat you're missing one of the finest kulture magazines out there. 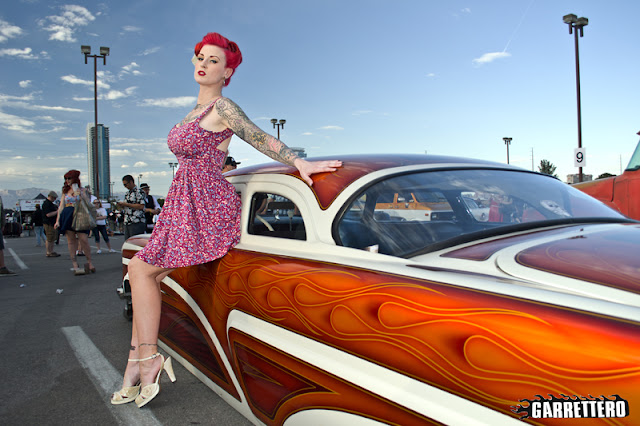 Below is a Viva bound caravan shot. A great group of Phoenicians hit the show this year and will be well documented in another publication soon....I'll keep you posted.

Here's 3 shots from the Lake Havasu Rockabilly Reunion. Below with Cervena Fox in Todd Independents Cadillac. My Reunion coverage was featured in Deadbeat, June- issue 26. 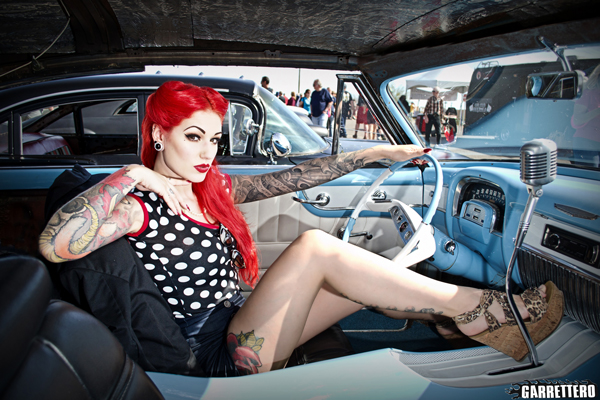 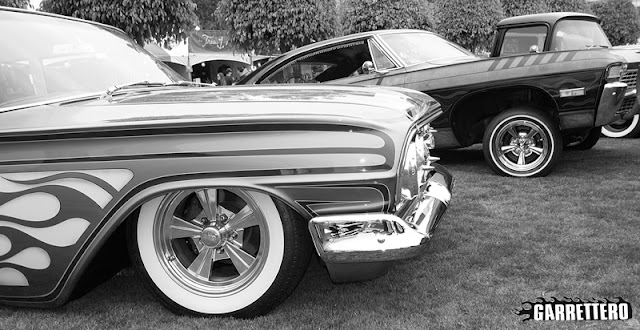 Above and below...shots from the Ink & Iron Festival at the Queen Mary, Long Beach. My coverage from this great show will be featured in the upcoming Issue 27 of Deadbeat Magazine due out in Sept. This was my first trip out to this show...I highly recommended it. 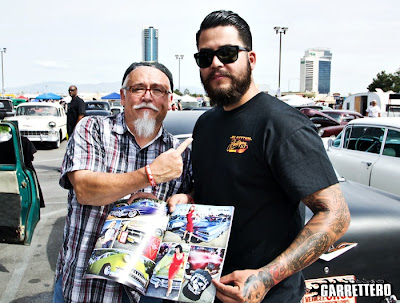 Above, me and Jowee Mr. Rhythm Ramirez showing off my Deadbeat Mooneyes coverage. Jowee's in the bottom right hand corner doing his thing.
If you haven't yet check out my story on Mr. Rhythm...see the December 2012 archives...good stuff! 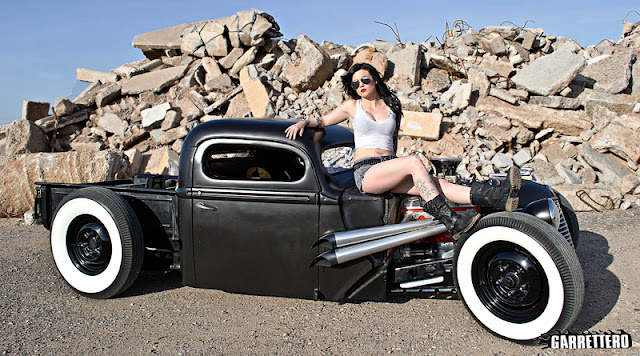 Above we have the beautiful Jennifer Franklin with my amigo, Brent "Choppa" Haine's F-Bomb Truck. This is an out-take from a shoot for an upcoming magazine feature. 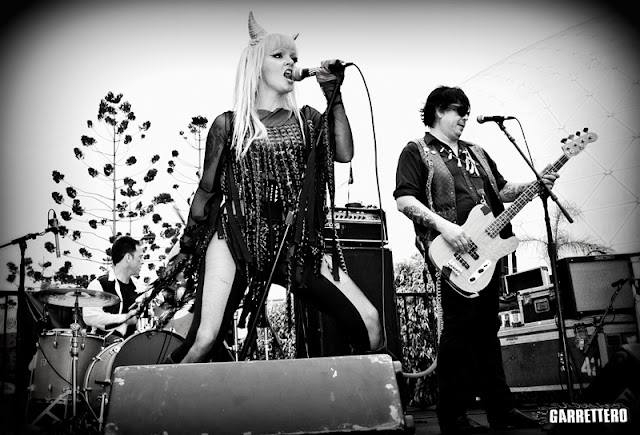 Above is one of my favorite bands, The Woolly Bandits out of L.A. California. I caught them a couple time this year in Phoenix and I was thrilled when I heard they were playing at Ink & Iron. Check out this band!!!

Back in April I got an email from Katar Kustom Kuitars...a custom guitar maker out of Finland. They are part of the Amplisonic company that builds amplifiers called "V8" amps.  Pretty cool stuff. They wanted to use my Mooneyes shot of Tudy Beltran's Chevy as a banner for the booth at the giant Musikmesse festival in Frankfurt Germany. Definitely the grandest enlargement of my work so far. I think it came out pretty cool. 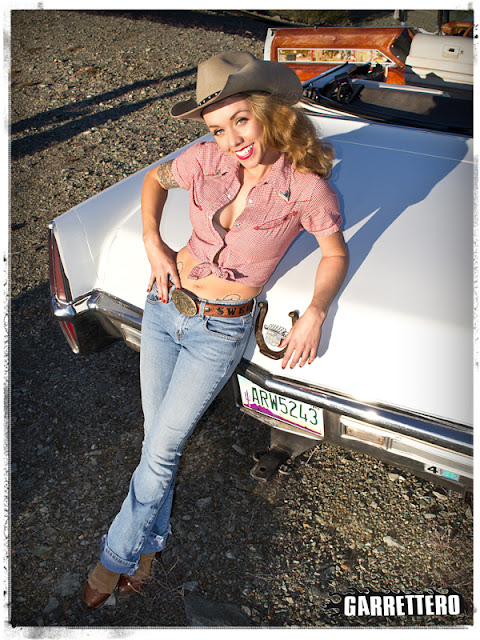 Above my amiga, Nezzy Sweetheart of the Rodeo. This out-take is from a shoot for an upcoming magazine feature....a must see & read!

Above, the covers and a couple excerpts from issues 25 & 26 of Deadbeat. My third issue of coverage, Ink & Iron, will be out in September.
We'll that's a quick summary of the last five months. My Facebook photo-page is updated just about daily with new photos...today I realized that I never provided a link here!
Check it out...

Posted by Bill Garrett at Saturday, July 13, 2013 No comments: Links to this post