AZ Lowriders----South East Side & West Side
I arrived at both shows early. It got hot fast and the sunlight was intense bouncing off of the shiny rides --not the best time of day for photos, but at least I was able to make the trip(s).
I rolled into Coolidge about an hour after the official start time. I was pleased with the four rides shown here and I ran into a buddy as well. I'm sure more cars showed up for the Mi Vida show. It was for a good cause. 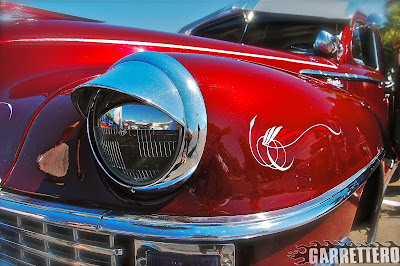 After about an hour I made the trip back North-West to Alhambra High school in Phoenix. They were just getting started as well. 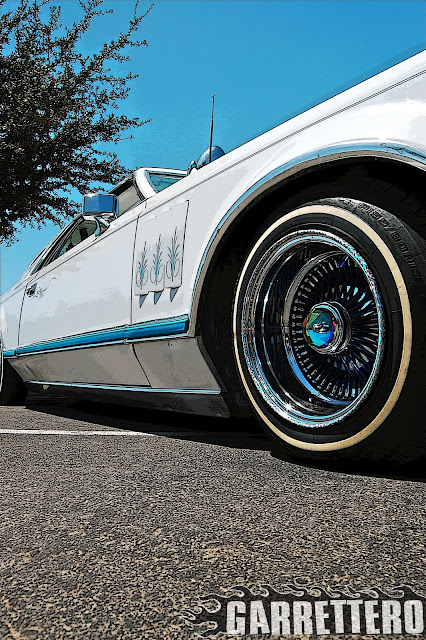 I'm just mixing all the cars up for varieties' sake from here on...nice rides all. 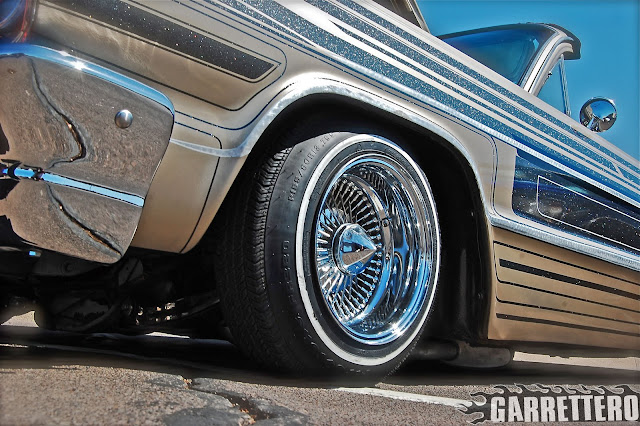 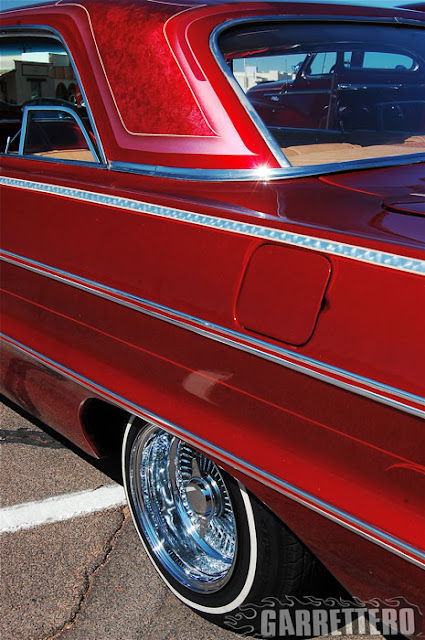 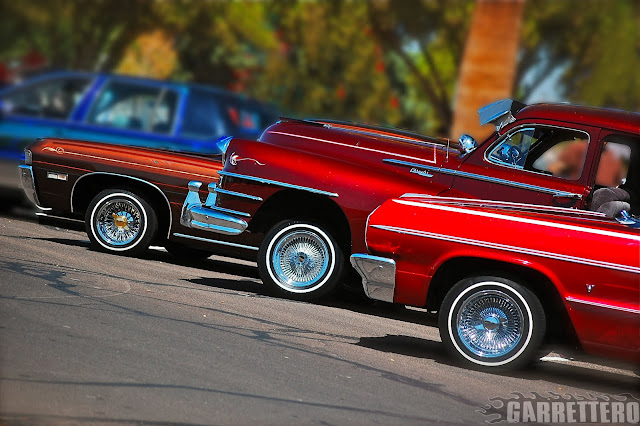 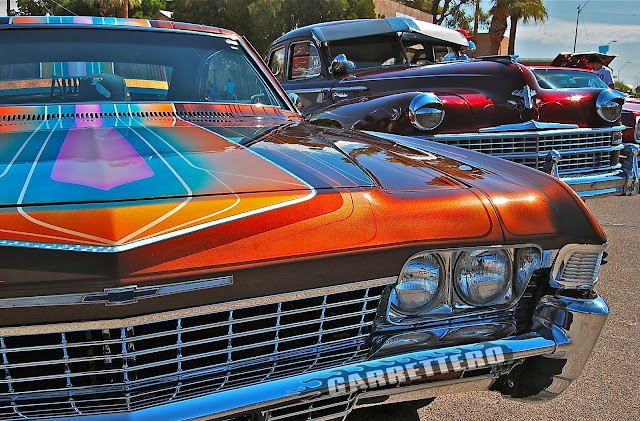 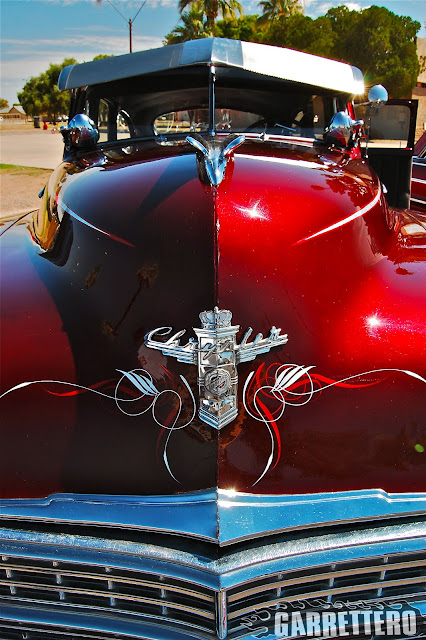 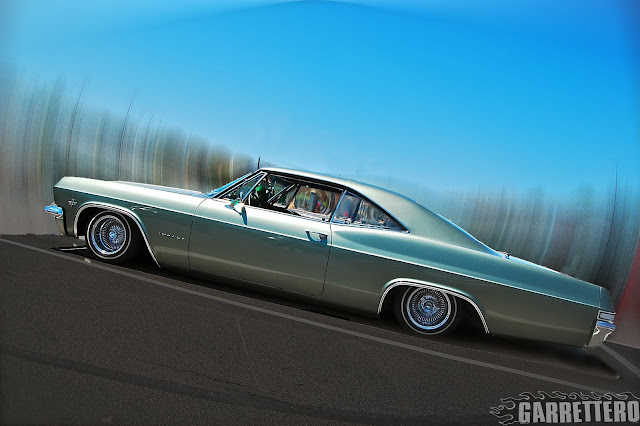 This '49 Chevy is a beauty! I talked with the builder, Chris, the son of Orlie Coca of "Orlies Hydraulics". A lot of customizations went into this classic. I frantically tried writing them down as Chris listed them and my notepad is an illegible pile of parts on paper. This was the first showing of the Chevy and it's very cool to be the first to bring you photos. 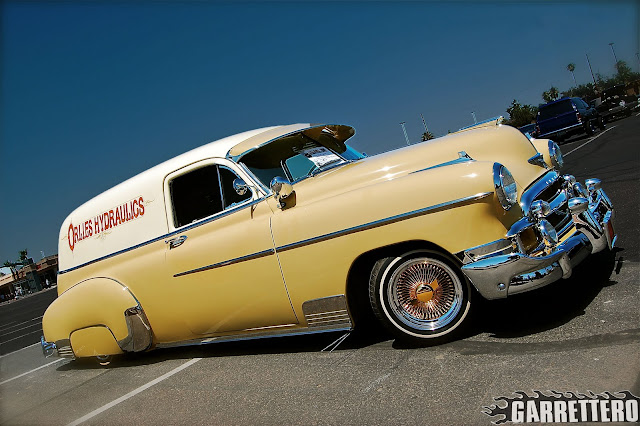 When things cool down here I'm planning on giving Orlie a call. Chris encouraged me to check out the shop and the nice collection of classics his dad has. Orlie Coca is known as the "Godfather of Hydraulics" and has a long interesting history. He even had his own lowrider magazine at one time. An amazing guy. 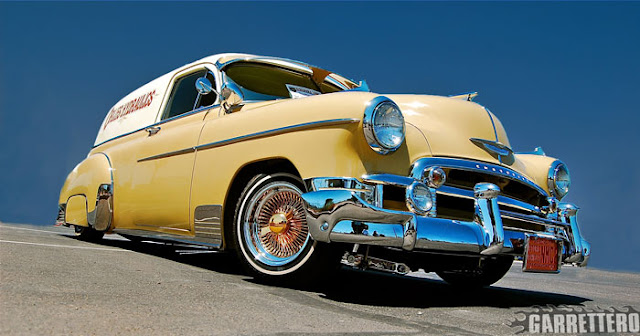 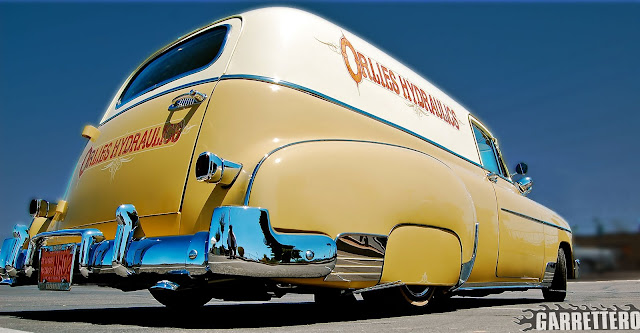 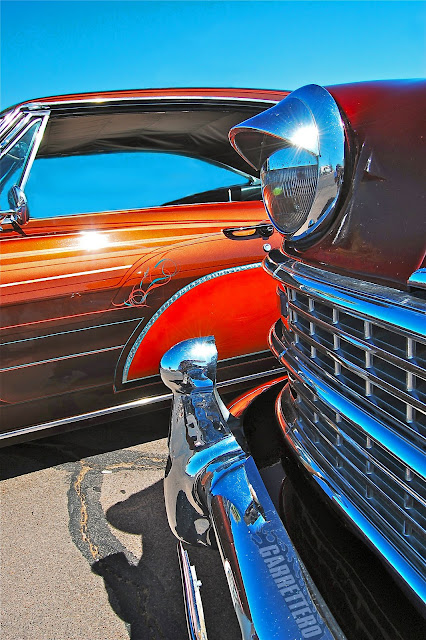 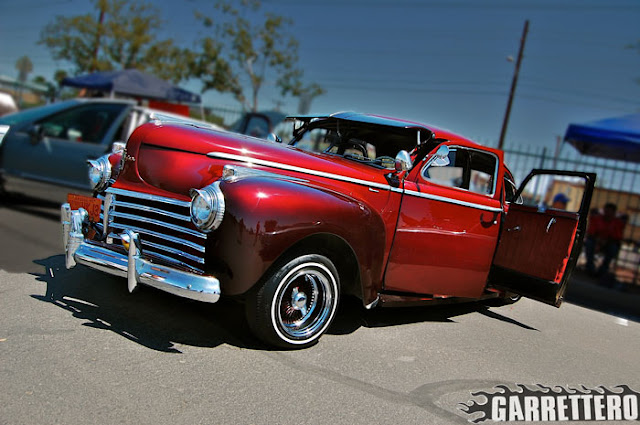 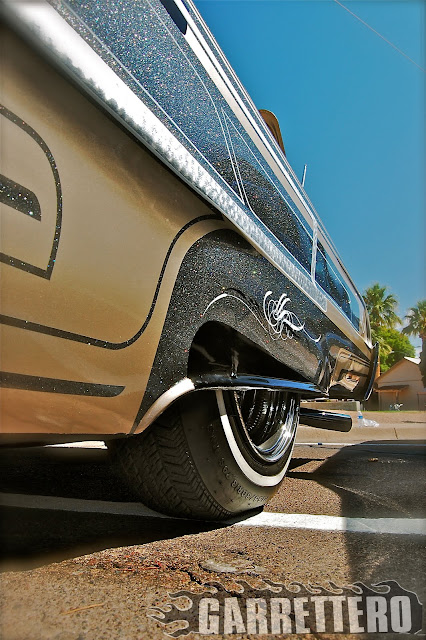 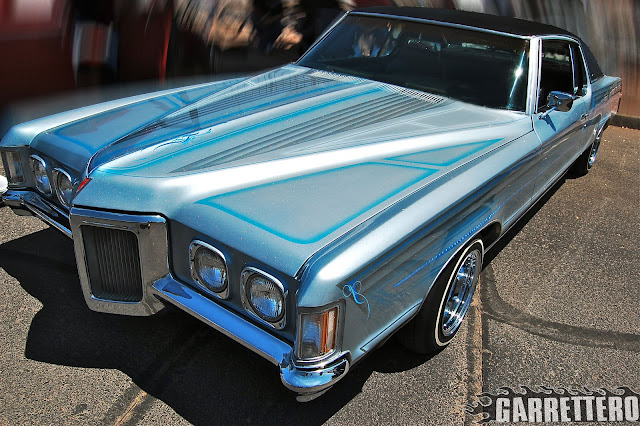 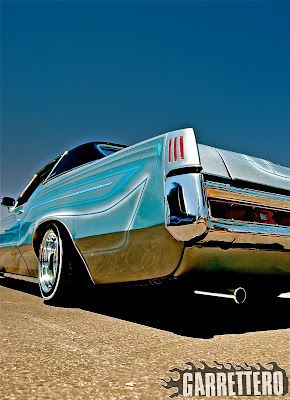 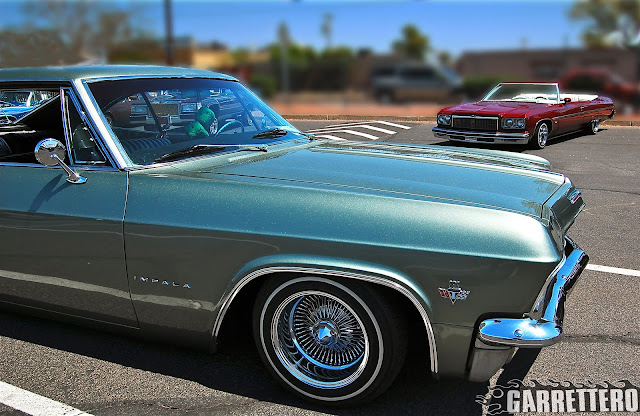 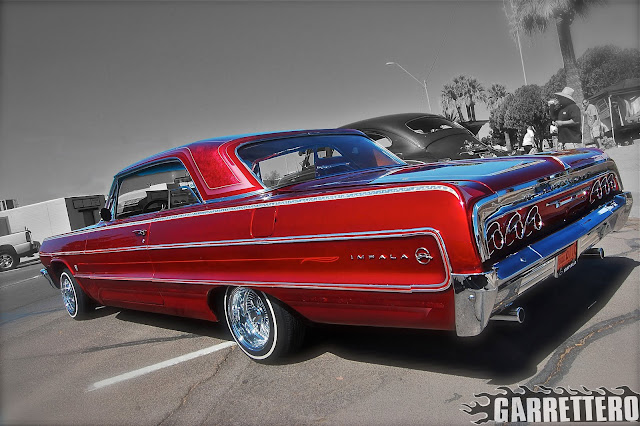 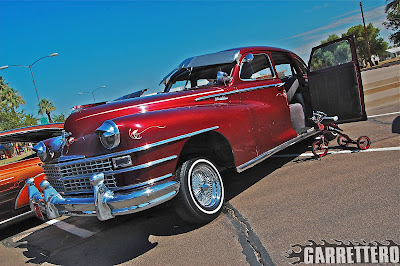 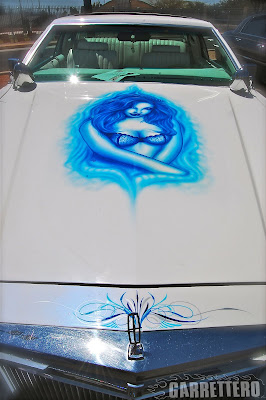 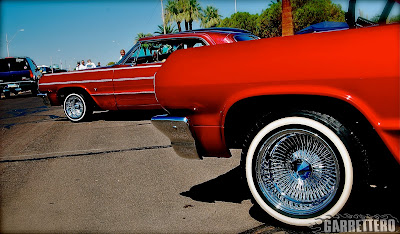 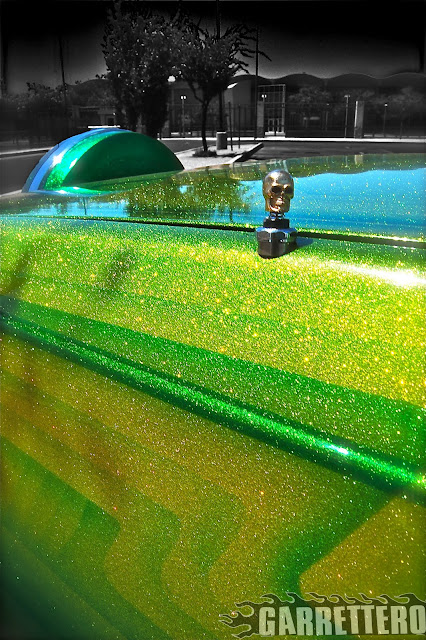 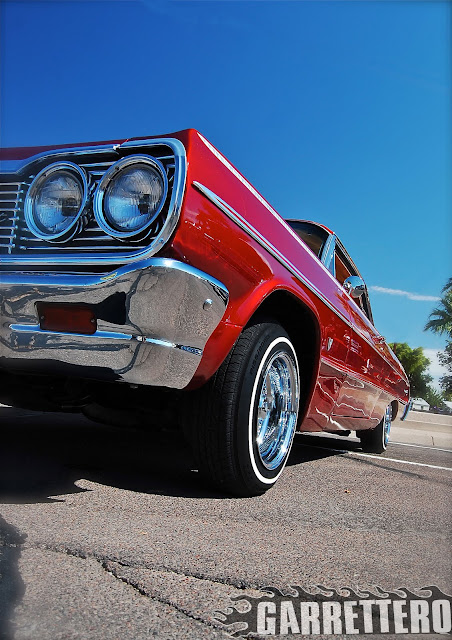 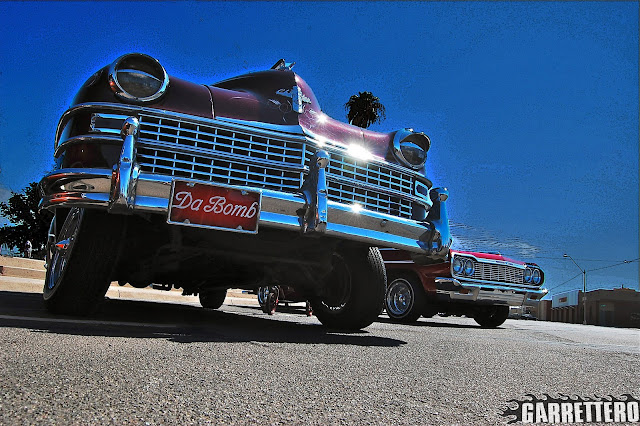 Hey amigo! It was great running into you!
Looking forward to our shoot!
Thanks, man!