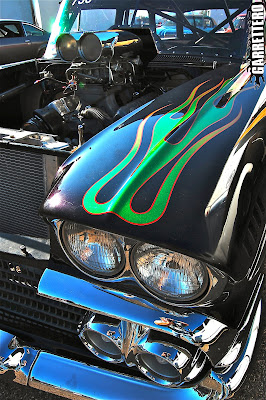 I had a great time at the Nostalgia Drags. Being down on the track is a complete sensory experience. Visually you focus on the back-end of the car; the engine revs, wheels spin and you got John Bonham beating away on ear drums...STOP...if I had more time (and was a better writer) I could continue with this heavy- metalphor because "nostalgia" cars are Heavy American Metal! H.A.M., celebrated on a hokey-ass message board we all dig...and who doesn't love pork!
Back to my senses...okay I left off at freakin' loud, ...then louder with rubber and fuel burning to a crescendo you can feel in your bones, smell and even taste. Later that Sunday evening I coughed up some GoodYear here, and some Firestone there and felt nostalgic about the day watching those dedicated gearheads give it their all and hanging with my buds. 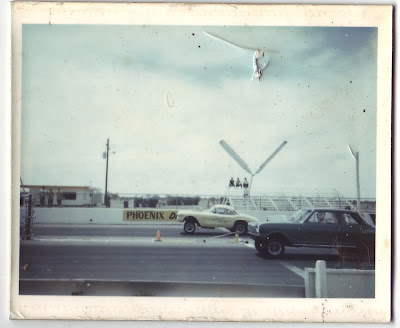 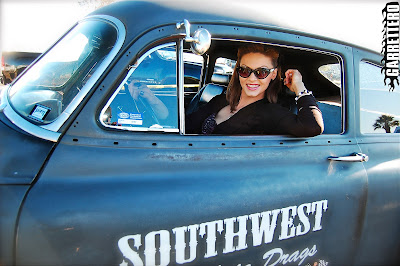 You may remember Stephanie Marchese from my "Classic Derby" post. Here she is in her Pop's (Spike) 1949 Chevy pulling the gasser around for the first of two timed trial runs. Her first ever. We'll catch up with her a little later. 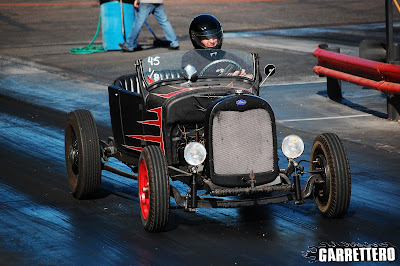 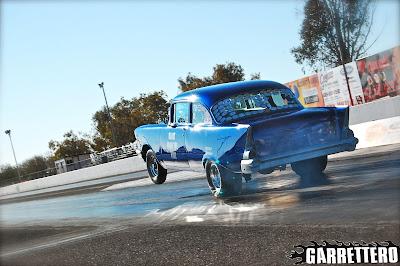 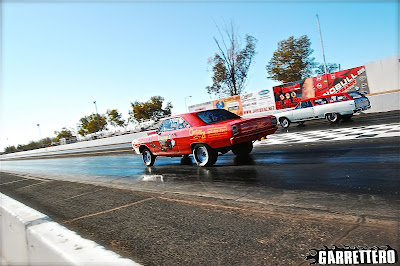 In this shot we have an Arizona racing legend, Lester Goff in his '64 Chevelle 2-door wagon in what I believe is a trial run. Mr. Goff has had a  difficult year beating lung cancer and this "Tuff Old Dude" came out to show he's still got it. 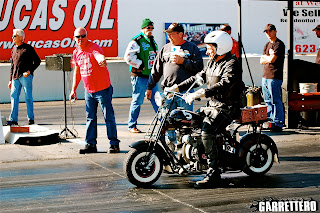 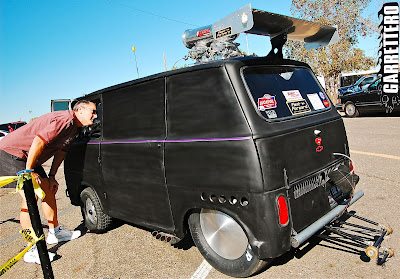 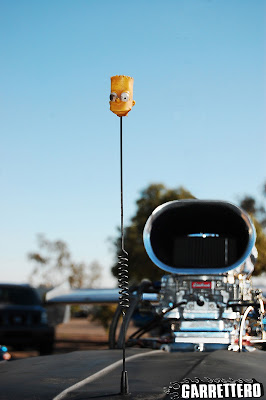 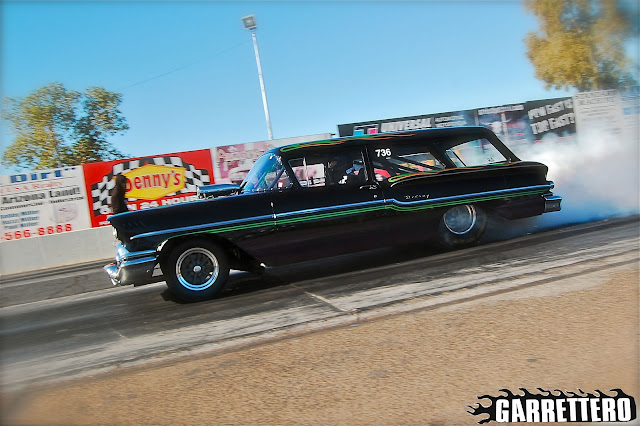 I opened the post with a shot of this bad-ass '58 Chevy Del Ray. It's my favorite car of the day. 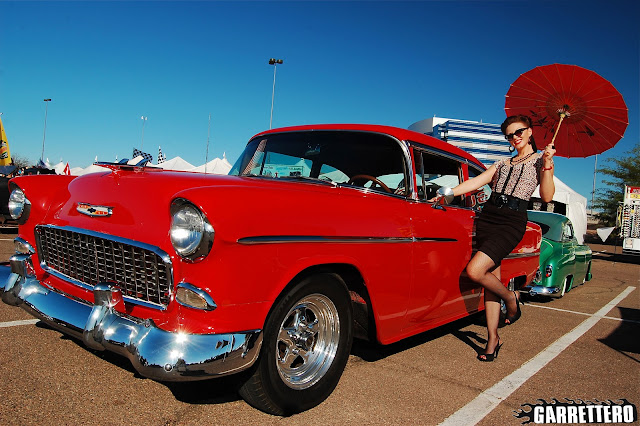 Here's Stephanie the pin-up at the Tempe Rockabilly Reunion.... 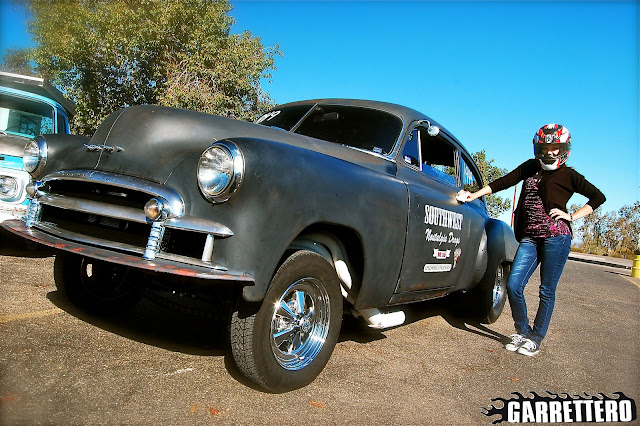 And here's Stephanie the Nostalgia Drag Racing Sweetheart of the Southwest!! 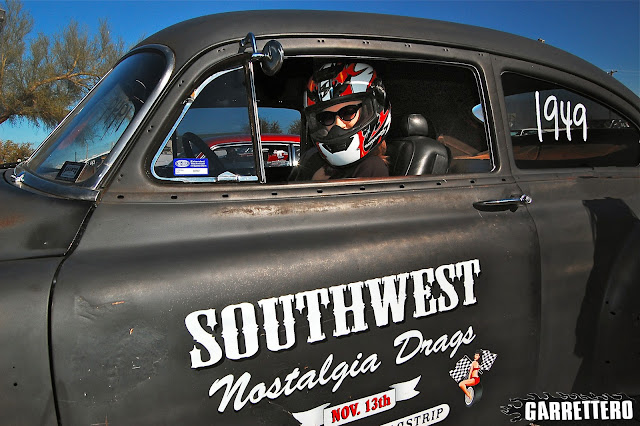 She means business right here, moments before her first timed trial run.
Her first race was scheduled for November 13th but the drags were cancelled due to rain. She was aching to get out there at this point...and naturally, a bit nervous too.
A true "Nostalgia" car, Spike's '49 Chevy carries a stock low compression, 455 Oldsmobile with a late 60's factory grid w-31 cam and single Quad Offenhauser Tunnel Ram. I dig the stance of this car! 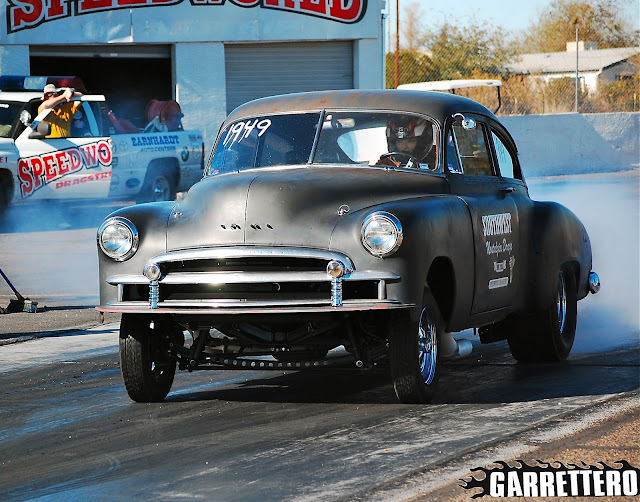 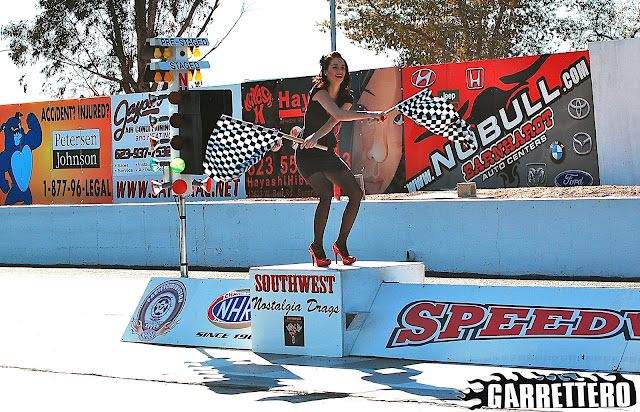 Stephanie raced in my favorite category, the 1/8 Mile Flag Drop Competition --- for me this is the true "Nostalgia"; pre-muscle, classic and traditional cool.
Here on flags is Stephanie's sister, Shannon. She's a good example of how flag-girls may play a part in my FDC favoritism at the drags. 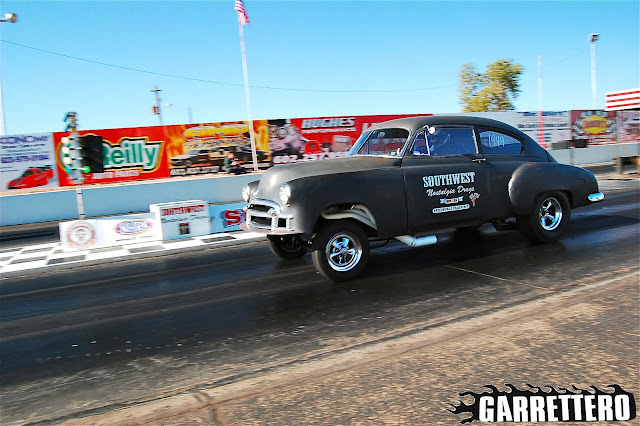 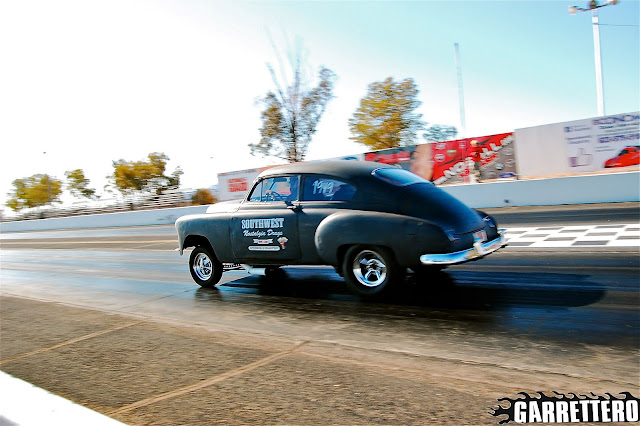 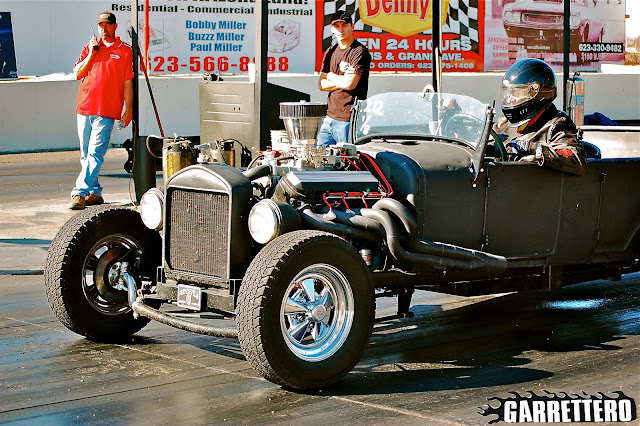 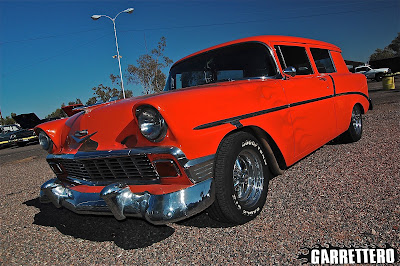 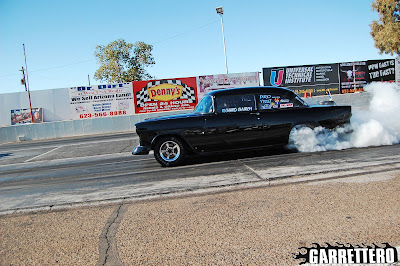 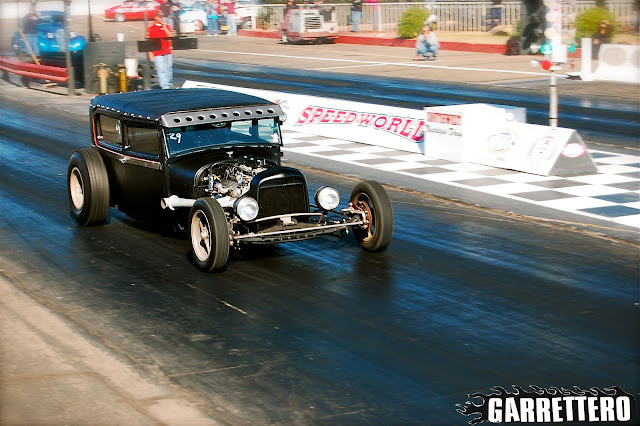 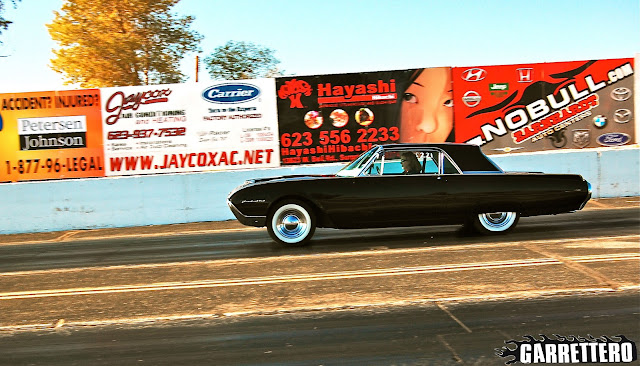 Here's Mary Henningsen flying down the track in her beautiful T-Bird...looking good! 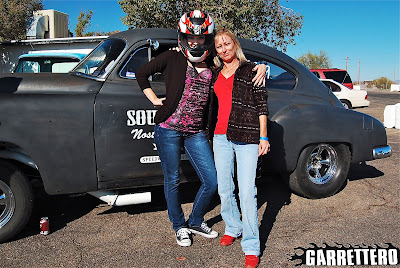 Stephanie did great for her first time out. She beat out a Model T '27 roadster driven by Rick Dupont. She ran two trials and three rounds of eliminations. Her best ET & MPH of the day being: 8.13 @ 86 MPH...and that was running the car in drive.
Here she is with her trainer, Jody Goff, the daughter of Lester, mentioned previously.
I want to thank Spike for his hospitality at the track and help with the facts. And of course, I want to thank the sweet Stephanie Marchese for being so kind and giving me someone to root for! 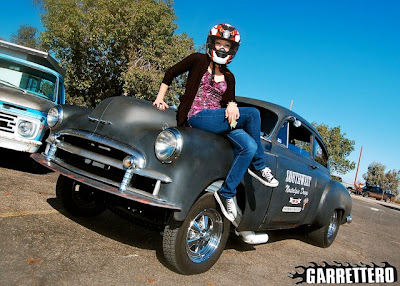 The next Nostalgia Drags out at Speedworld is scheduled for March 11, 2012...See you there!
Posted by Bill Garrett at Thursday, December 08, 2011