Melrose on 7th Avenue
I'll start the from the end of the day and go backwards for no particular reason. Here was the destination, the "Melrose On 7th Ave - 2011- Tenth Annual Street Fair & Classic Car Show". 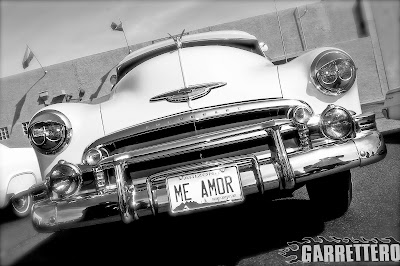 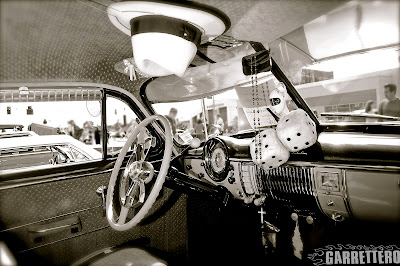 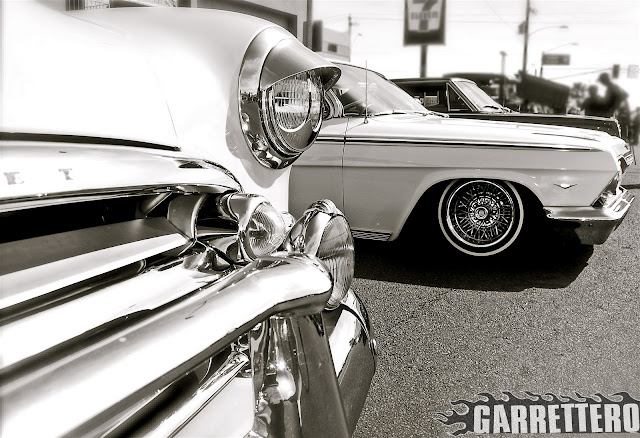 Here we have something very different from the '50 Chevy, but vintage for sure... 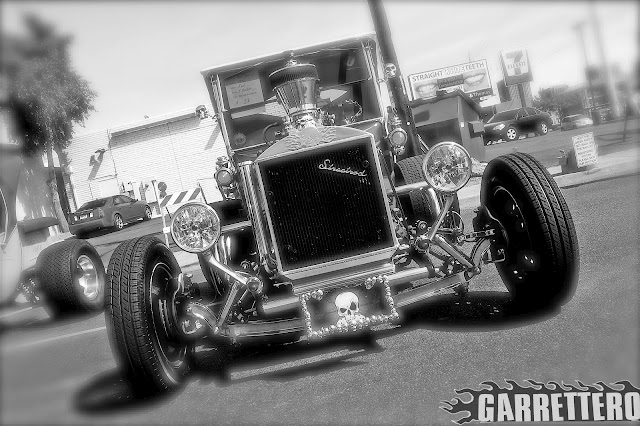 It's a 1923 T-Bucket owned by Bob Sperry. It's a bucket O' skulls. He said once at a car show some young girls asked him if he knew how many skulls are in and on the car. He never counted and guessed at around 50-something. The girls had taken count and said there were over 80. At another time I will get more into the details of this wild T-Bucket. 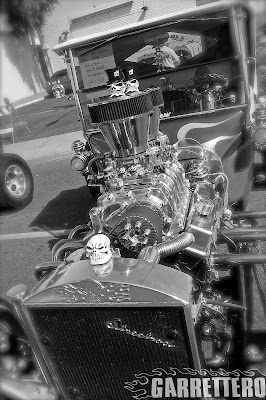 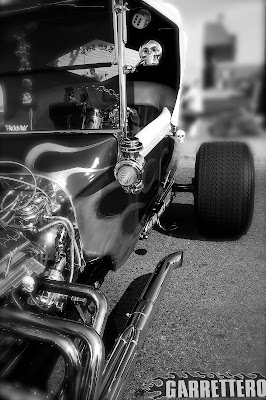 In a similar spirit, further up 7th Avenue there was this work in progress, Mike Rangel's "Dracula Car".
I'd love to see this on the road. 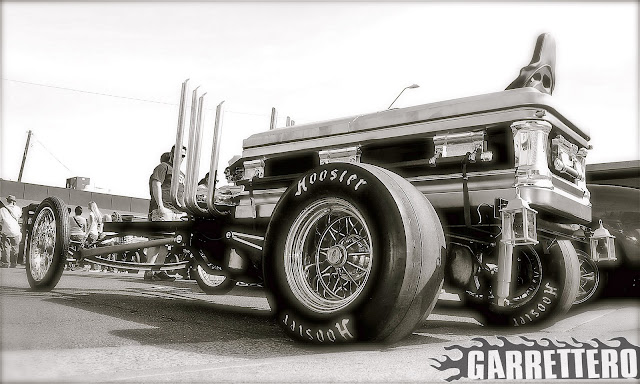 Here's the grill detail of a classic 40's Buick Roadmaster 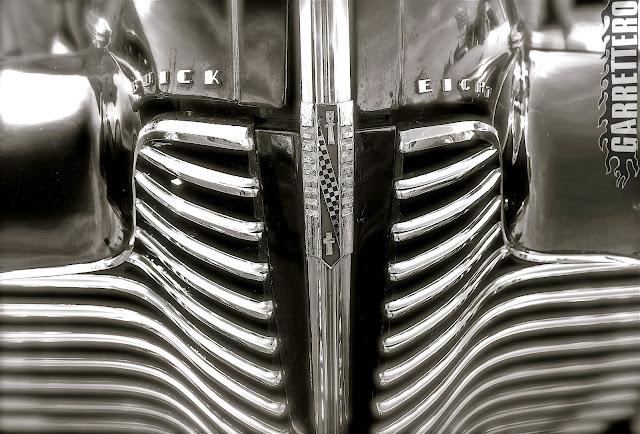 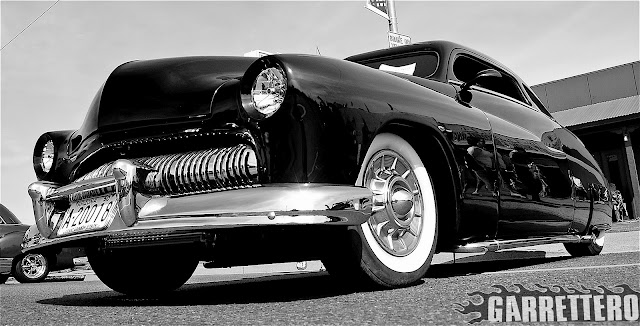 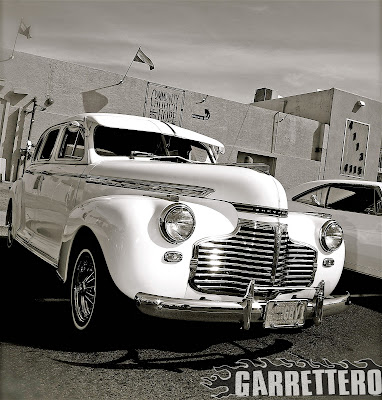 Ever seen one of these? It's a 1948 Chevy Fleetmaster Mini Limousine with a raised rear roof.
The passenger roof height was so the well-to-do male passengers could keep their top-hats on. Maybe they had 20 gallon hats in AZ back then?  Carmen Miranda my have cruised Hollywood in one of these too. 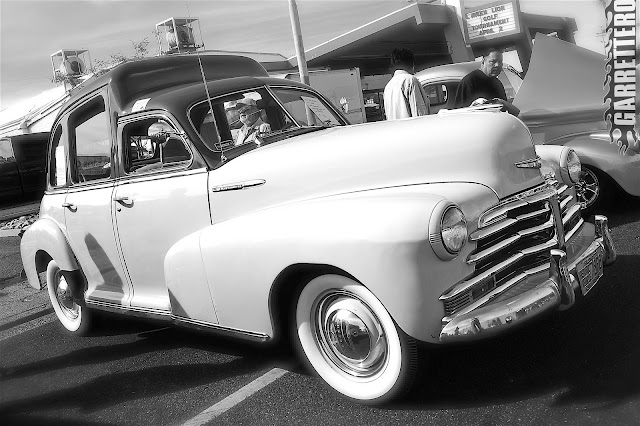 This is a magnificent '58 Chevy. 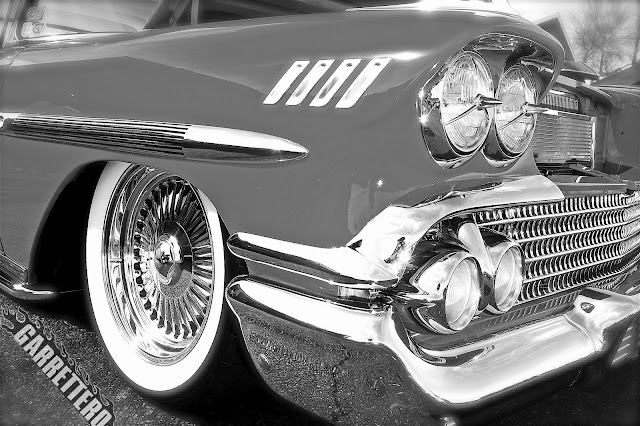 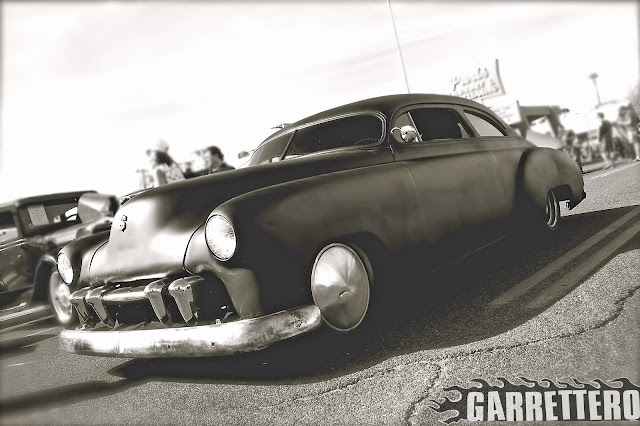 A Ford truck from the garage that put the car show together. Thank's Chester's Garage! 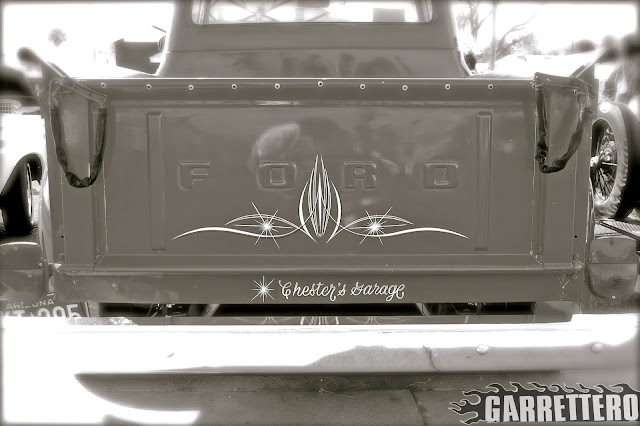 Here's probably the most famous landmark in the Melrose neighborhood. Classic. 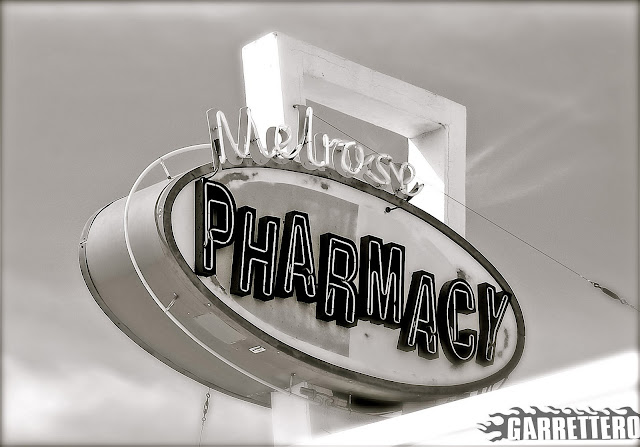 On the road to Melrose
On the way to the fair I stopped by a McDowell landmark, the "My Florist" sign and got back about a block for a photo to get something (a palm tree) in the foreground. Once a florist shop, "My Florist Cafe" opened up in the '90s and was a hip hot spot until 2010 when they abruptly and without giving a reason shut their doors. 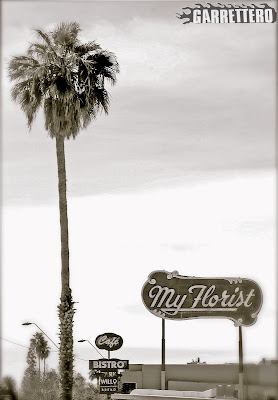 I attempted to gain more history on the florist but could find nothing on line. Then I looked closer at this photo I took. Under "Cafe" you can see the original word "Coins", I'd assume as in collector coins. Then under "Bistro" you can see where "Antiques" was originally painted as well as "In" under "Willo" and "Rear" under "Bread". I'm going to say at some time between flowers and artisan bread and martinis, "My Florist" was an antique shop. The sign once having said "Coins, Antiques, Park In Rear". This makes sense because it's an historic neighborhood and just a few hundred feet further west on the same street (McDowell) there are empty antique stores on both the north and south east corners. They had been there for decades and unfortunately are now vacant. I foresee a large Walgreens or CVS store taking one  of those valuable corner spaces only because a Starbucks has already opened on the opposite southwest corner. 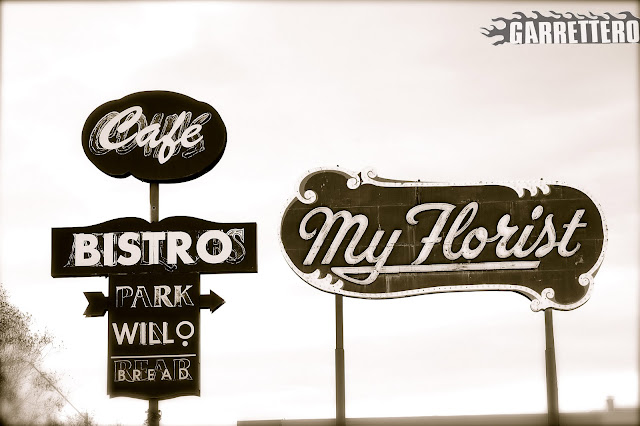 The Art & Yard of Gary Parsel
I have driven by this corner house a few times on the way back to Mesa or heading out to an event and never had the time or willing passengers to stop and take a look...until last Saturday on the way to the Melrose street fair. Gary Parsel's eclectic home sits on the corner of East Willetta & 7th St. 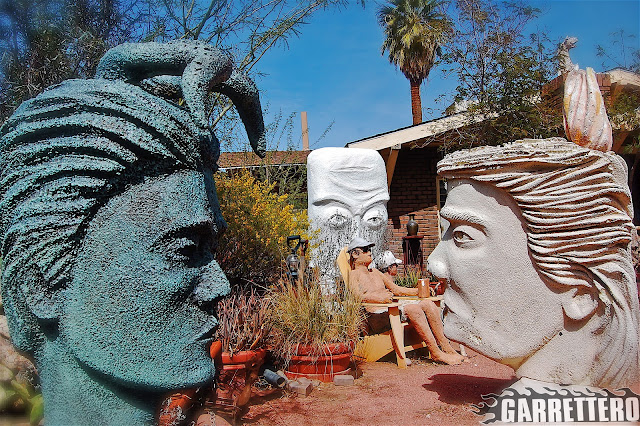 He has won the New Times "Best Of" for  yard art in his historic Evergreen neighborhood. His house will be open for viewing as will others in the neighborhood the weekend of March 19th for the Art Detour event.
It's sure to be interesting. 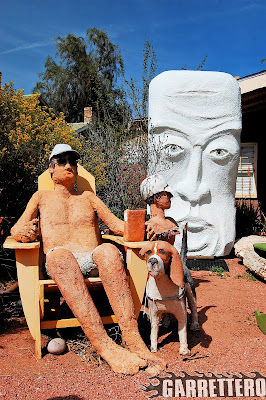 The giant tiki-like heads in these photos are made of carved styro-foam and the dogs (and master) are mostly made of concrete. Gary takes custom orders too, in fact he was in the process of installing a large head in a condo across the street when he caught me in his yard. 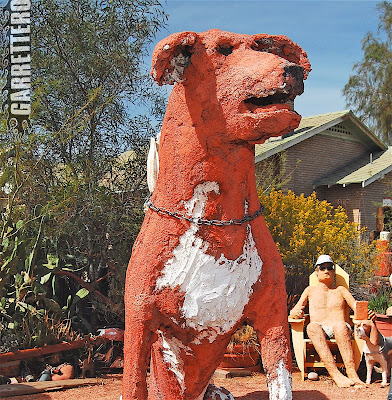 Get out and see the city!
More photos of this outing and color versions are in the gallery.