In it's fourth year the Lake Havasu Rockabilly Reunion (LHRR) has definitely established itself as the biggest of it's kind in Arizona (this may have been the case last year...but I didn't go, now I can confirm it:)
I can't estimate numbers, but the second day, Saturday, had a huge turnout. As stated in the title, there was Rockabilly and plenty of it --- the bands kicked ass. There were more pretty pin-ups than I have ever seen in one place, I'm guessing around 30 that day...and you couldn't throw an empty PBR can without hitting a cool kulture vendor....not that I tried.
The one thing there could have been a lot more of....traditional rods & customs. This isn't a complaint, just a yearning a few of us had discussed while walking the car show area. All in all, the LHRR delivered and I'm looking forward to attending the whole 3 day event next year.
Here's some of what I saw..... 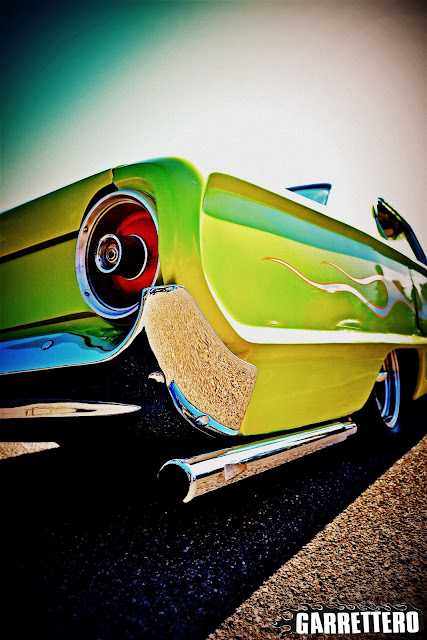 This Galaxy won the award below and was a standout at the car show. 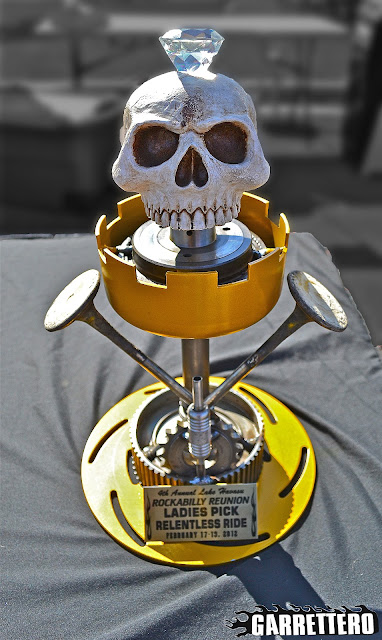 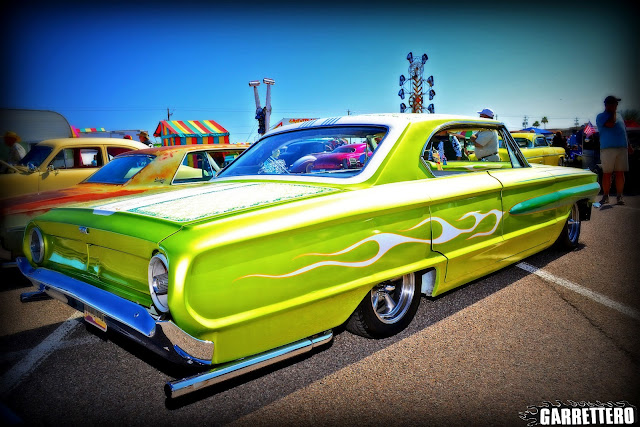 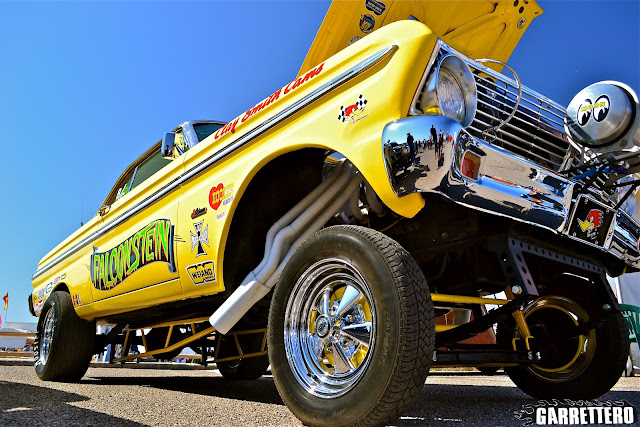 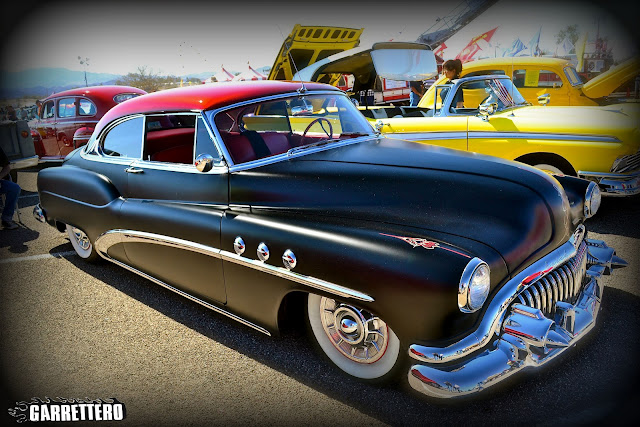 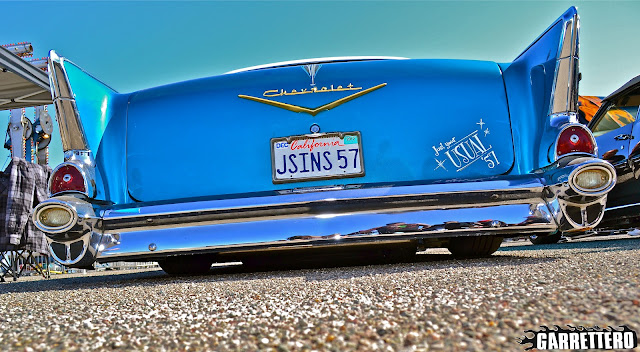 Here's Jason Lawson's wicked '57. This is how the Usuals Social Club C.C. rolls. Unfortunately (on many levels) a Camero parked up against it before I could get a side shot. But this car was photographed in my December Mooneyes coverage. 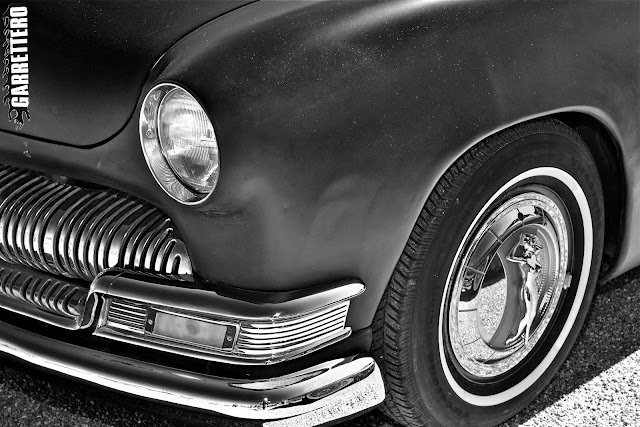 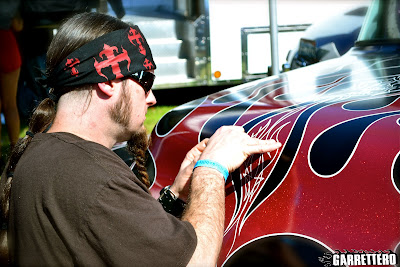 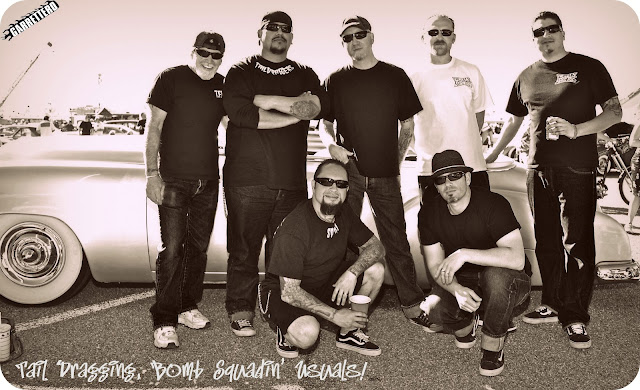 Here's our "Reunion" part of the show. We got to hang out with our So Cal club amigos. The hang-time with clubs is the best part of any show, and the conversations always get to the planning of meeting again at the next one. 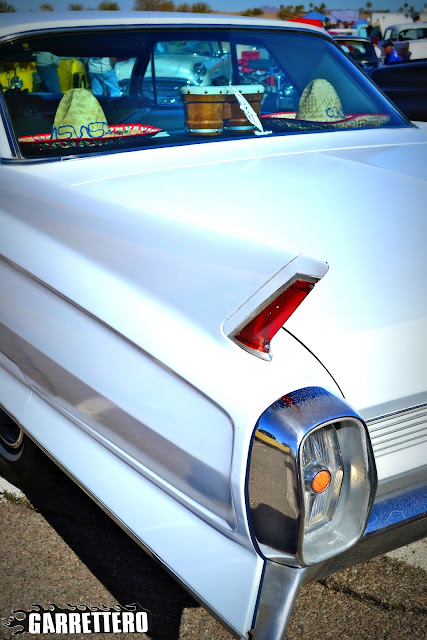 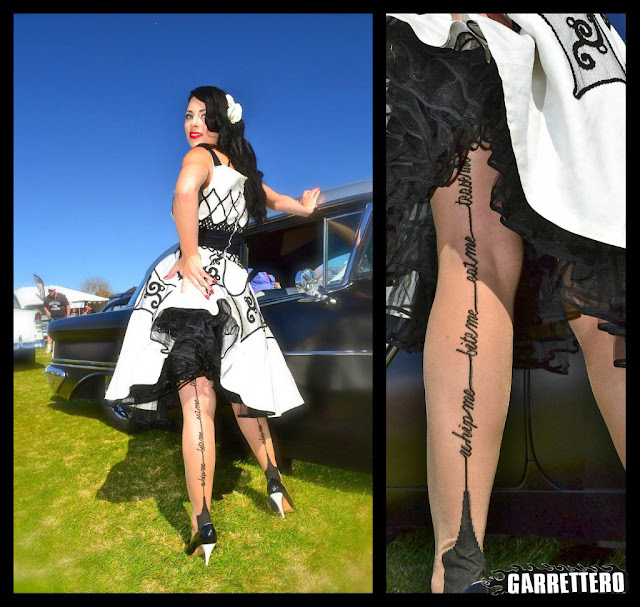 Jade, letting her 'stockin's do the talkin'.... 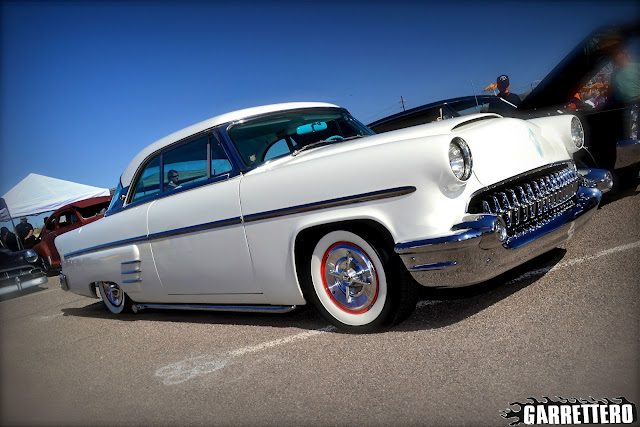 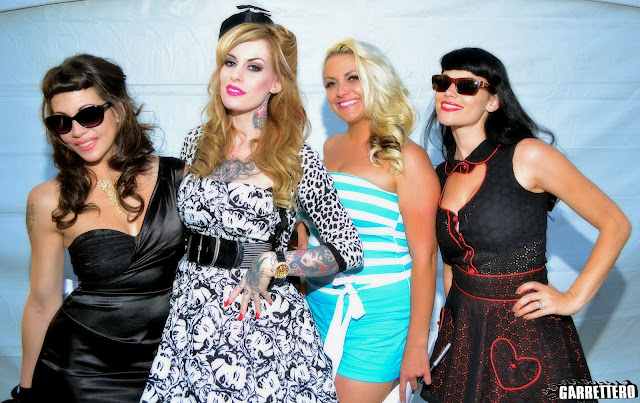 The "Booze Bombs" are a great band from Germany. Check them out.

"Voodoo Swing" rocked the hell out of the place! 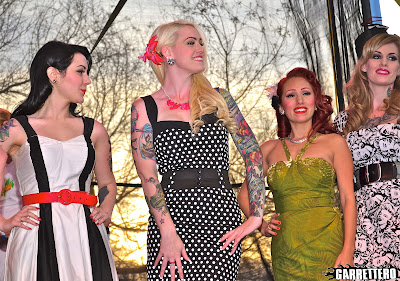 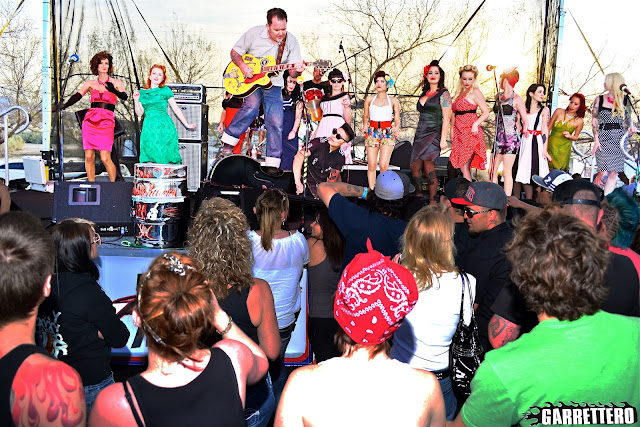 The crowd was pumped!! 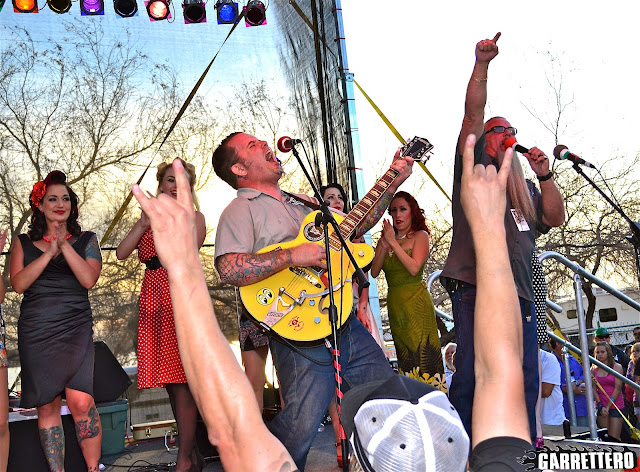 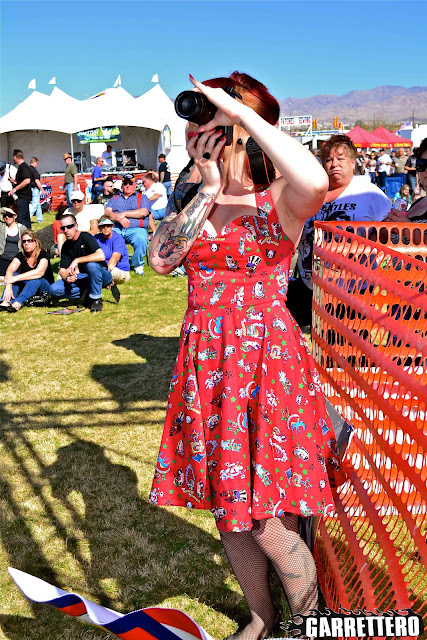 Chelsea the pinup taking shots of her Voodoo man, Wes, on bass (below) 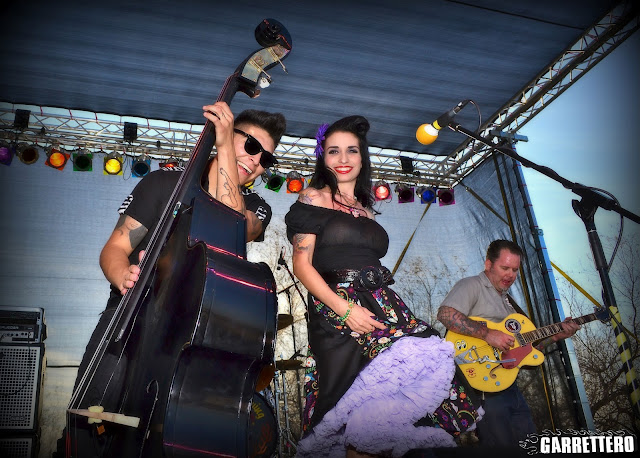 Bindi Baby on stage with Voodoo Swing...what a voice!

Well there's the quick wrap-up. Our Saturday turn-around trip from Phoenix to Lake Havasu was well worth it. I missed portions of the show due to the distance of the car-show area from the action taking place by the stage...unfortunately one can't simultaneously enjoy both and this is typical of most shows of this magnitude.
We headed out around 6:30 to grab some dinner and head back to Phoenix ---it was hard to leave knowing the Chop Tops were still going to play and the event hadn't run out of beer yet...
Looking forward to hearing promoter Kennie Cupetelli's plans for the Tempe Reunion coming up toward the end of the year.
See you the whole three days of the next Lake Havasu Rockabilly Reunion next February!
Posted by Bill Garrett at Thursday, February 23, 2012

good shots man! the white merc with corvette grill gives me a hard on!

HA HA!! Yeah that is a sweet ride. Thanks, Tiny!

Fabulous post about an amazing show! Wish it happened more regularly and hoping tempe builds up to be such an awesome event!
Love the photo's!!!
We had about 45 pinups in the pageant, the most i've ever heard of :) All the ladies were gorgeous, it was an honor to host!

Thanks KandyK...you and your pageant team really did a great job of recruiting and hosting ---what an amazing turnout of pretty ladies!!

I too hope Tempe finds it's momentum and hope you continue to be involved.

wow, bill! you covered this event beautifully! great pictures of the cars and the bombshell beauties!cant wait for next year! xoxo

Thank you Stella Rose!!
THank you Bombshell Maybelle (has a nice ring to it.) Looking forward to the Tempe Reunion!

Great photos once again! Thanks for sharing. One of these days I am going to get off the right coast and head west.